Dentist dedicated to Prosthesis, Implantology and Advanced Surgery.
Professional freelance in Castelfidardo and Ancona since 1986.
Doctor of Dentistry and Dental Prosthesis.
Consultant in Implantology and Prosthetics at private facilities.
Provincial Secretary ANDI (National Association of Italian Dentists) 2006-2011.
Regional Secretary ANDI 2009-2014.
In 2009 he published a protocol on Implant Prosthetic in RIS titled : DB3 technique: a prosthetic implant protocol with high precision and ergonomics.
In 2013 he published a case report on IOW (Intra Oral Welding).
In March 2012 in Phoenix (Arizona) at the Wold Academy of Osseointegration, he explained a research of Immunohistochemistry on implantology.
In April 2012 in Turin at National Professors Congress, he won the 1° prize for the research on the implant bone regeneration.
He teaches courses in Implantology and Prosthetics in Italy and in his clinic.
President of IAOIS (International Association of Oral Implant Surgery).
Professor of the Faculty of Dentistry at the Polytechnic University of Ancona-Marche in 2010.
Professor of the Faculty of Dentistry at the University of Chieti in 2012 and 2013.
Professor of the International Course of Specialization in Implantology at the FUNVIC CIVU-MALTA (Cambridge International Virtual Univerity).
Lecturer of the Implant department at the University of Paris Descartes for specialized courses in oral surgery and implants AMI (Italian Medical Academy) and FUNVIC CIVU-MALTA.
Tutor and mentor of implantology during post-graduate practice on patients in Sao Paulo, Brazil in 2012.
Tutor and mentor of implantology during post-graduate practice on patients in Paris in 2013-2014 and 2015.
Tutor of the complete implantology course at the ICLO Nicola’s Foundation.
Regularly holds lectures at national and international courses for dentists at his dental surgery.
A partner of major scientific societies in the field of prosthetics and implants: SICOI, ICOI, AIOP, SIO, AO, IAOIS.
Inventor of an international patent in the field of implant-prosthesis and dental equipment.
Graduated in Dentistry at the University of Ancona in February 1986.
Doctor of Dentistry and Dental Implants.
Prosthetic Dental Implantology Management. 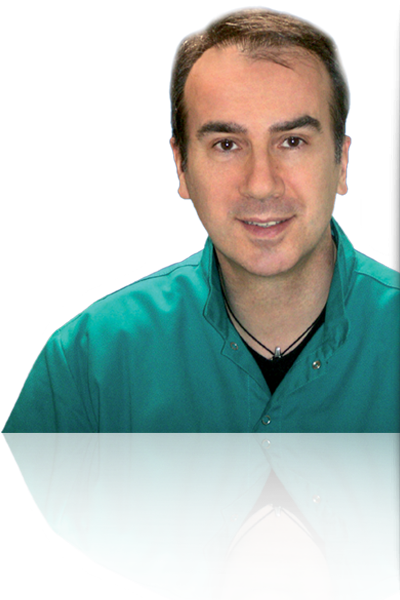 Via Gaetano Donizetti, 2
60022 Castelfidardo AN, Italy